It makes sense to be investing in Long Beach real estate.  It is Los Angeles County’s most southern beach city and directly borders Orange County.  It seems like a great place to invest but where do you start?

Long Beach is more like a small county than a city.  It has several different neighborhoods although connected, have differing vibes and opportunities. You can find multiple neighborhoods with different types of high end, mid-range, and more affordable types of housing.

You could write a book covering all the neighborhoods in Long Beach.  We cannot cover them all right now but we can give you some highlights to give you a good head start.  Of course, you can always reach out to an expert to learn more. At the Mike Dunfee Group, we are always happy to help show you around.

When most people think of Long Beach they often think of the Downtown area.  It is often featured on morning Los Angeles based news programs when they great the day.  You see the Queen Mary, convention center, Shoreline Village, marina and Grand Prix.

Housing include several luxury hi-rises, many with ocean views; as well as trendy lofts and newer mid-rises. There are condos on the promenade and on the sand.  There are old historic buildings and houses in all sizes. 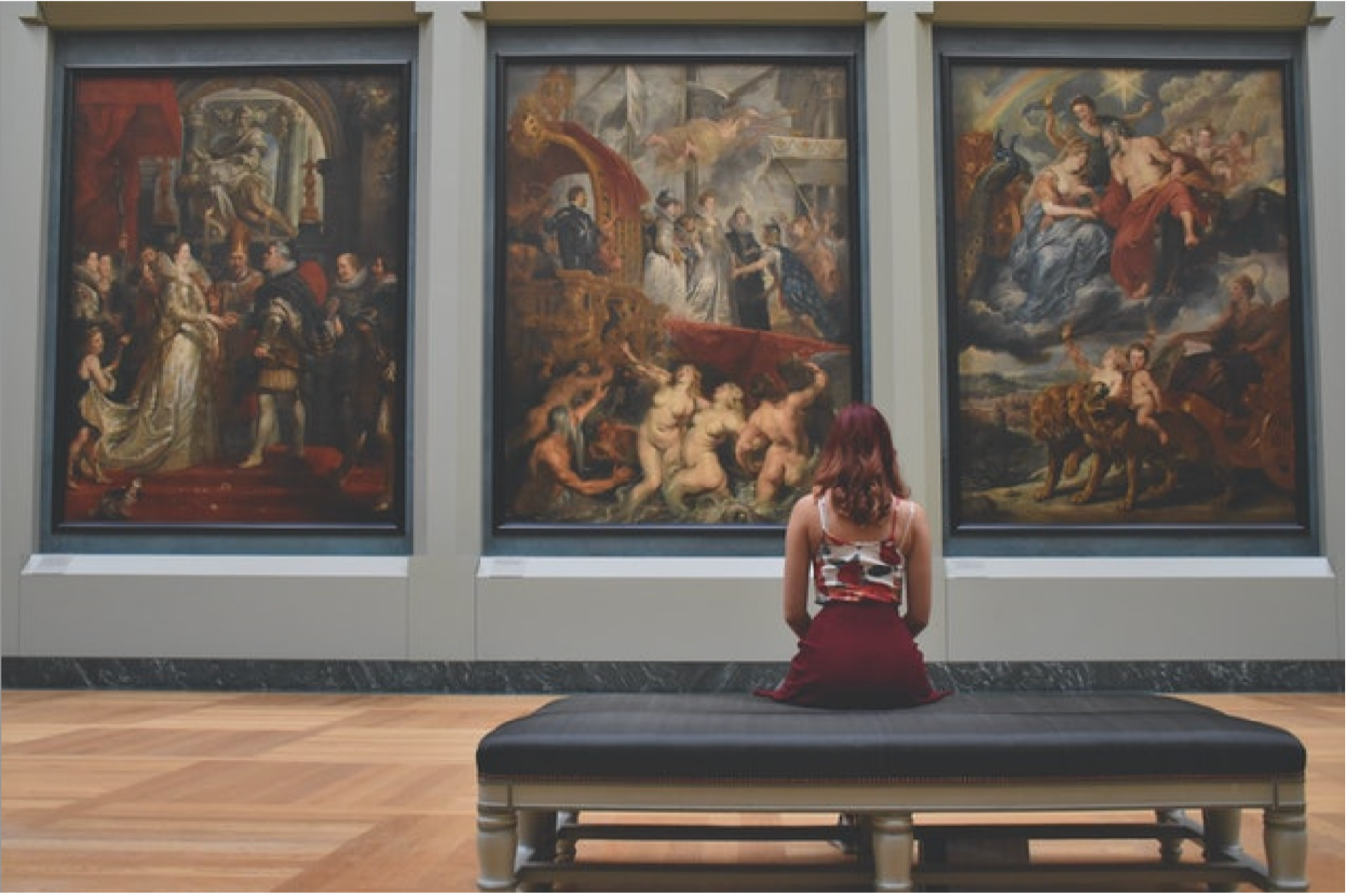 Downtown Long Beach is actually made up of several neighborhoods.  Some of which include the Ocean Corridor, East Village, Promenade, West Gateway, North Pine and Historic Willmore District. There is even an organization for neighborhoods called the Downton Neighborhood Council, better known as the DRC.  You may also want to check out the Downtown Long Beach Alliance, better known as the DLBA.

The high-rises are mainly found along the Ocean Corridor. This neighborhood also has some mid-rise buildings, which trickle into the Promenade area.  Lesser known trendy areas include the East Village, North Pine, and the Historic Willmore District.

In fact, many people don’t know that Long Beach was originally called Willmore.  These neighborhoods all have their own charters and feature everything from historically designated houses to condos to apartment buildings both large and small.

Many people think of Belmont Shore when they think of Long Beach.  Belmont Shore is best known for the strip of 2nd Street that has many popular bars and restaurants like Legends, Panama Joes, and Nicks.  It has a beachy vibe and no wonder because it sits right by Alamitos Bay where people like to ride bikes, play volleyball and kite surf.

The properties in Belmont Shore are mostly single-family residences on smaller size lots and smaller apartment buildings.  This highly sought after area is high density with most properties developed in the 1920s.  Fortunately, most have been updated.

One thing interesting about Belmont Shore is that there is more emphasis on a small front yard or a porch rather than a back yard.  People like to walk around and socialize with their neighbors.  It is a great place to be young, or young at heart, or to enjoy a mid-life crisis.

If you want to be close to the action but not quite in the middle of it, you may prefer Belmont Heights over the Shore. Belmont Heights is on a slight incline just above Belmont Shore.  People like it because of its close proximity to Belmont Shore and the beach but it is still a little bit removed. 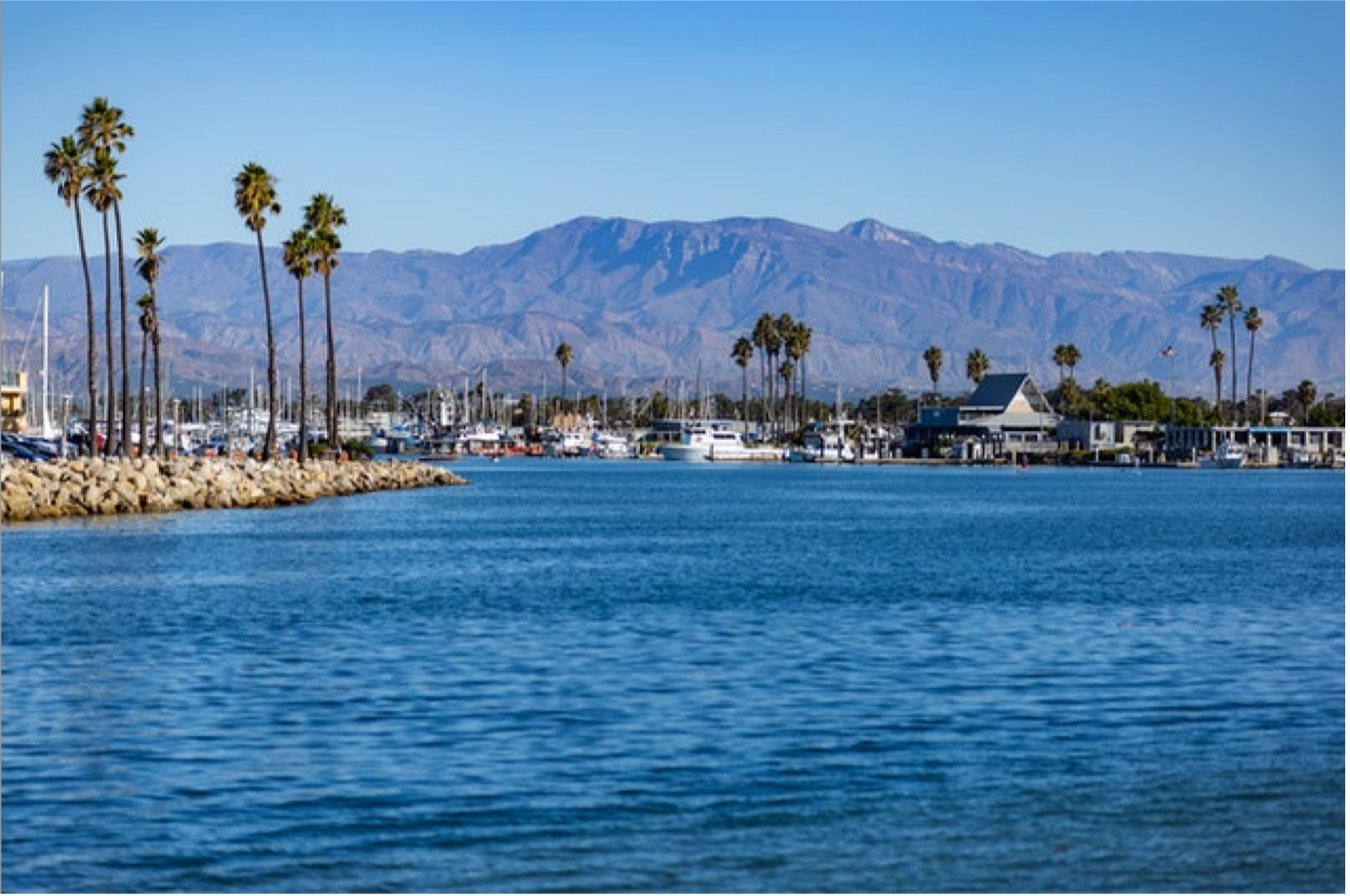 There are some great houses in the Heights.  The lots are much larger than the in the Shore. Some full lots are 6,500 square feet.  It is generally a mixture of single family residences and smaller apartment buildings.

Here you will find a great mixture of California Bungalows, Spanish style homes and Contemporary styles. Most of the originally constructed homes were built in the 1920s and have been upgraded with the best cases having preserved the original charm.

Belmont Heights is not as commercial as “the Shore” but is still has some locally famous businesses, many of which are beloved like Ma ‘n Pa Grocery, The Coffee Cup and the 3636 Club.

One of the most affluent and uniquely Long Beach neighborhoods is Naples.  It sits at the most southeast part of Long Beach and borders Seal Beach.  Naples is actually made up of three islands located in Alamitos Bay.  Named after the Italian city, Naples may have more in common with Venice given that the canals weave through much of the neighborhood and you can even take a Gondola ride.

Although there are a few apartments and condos, most of the homes are single family residences. This is high density housing that is almost always two or three stories high with a home that is large relative to the lot size.

In Naples, the streets are narrow and you are always close to your neighbors.  Homes are either off the canal (most affordable), on the canal, or on open water (most expensive).  There are some great homes on Naples.  And many are centered toward the water and designed for outdoor entertaining. 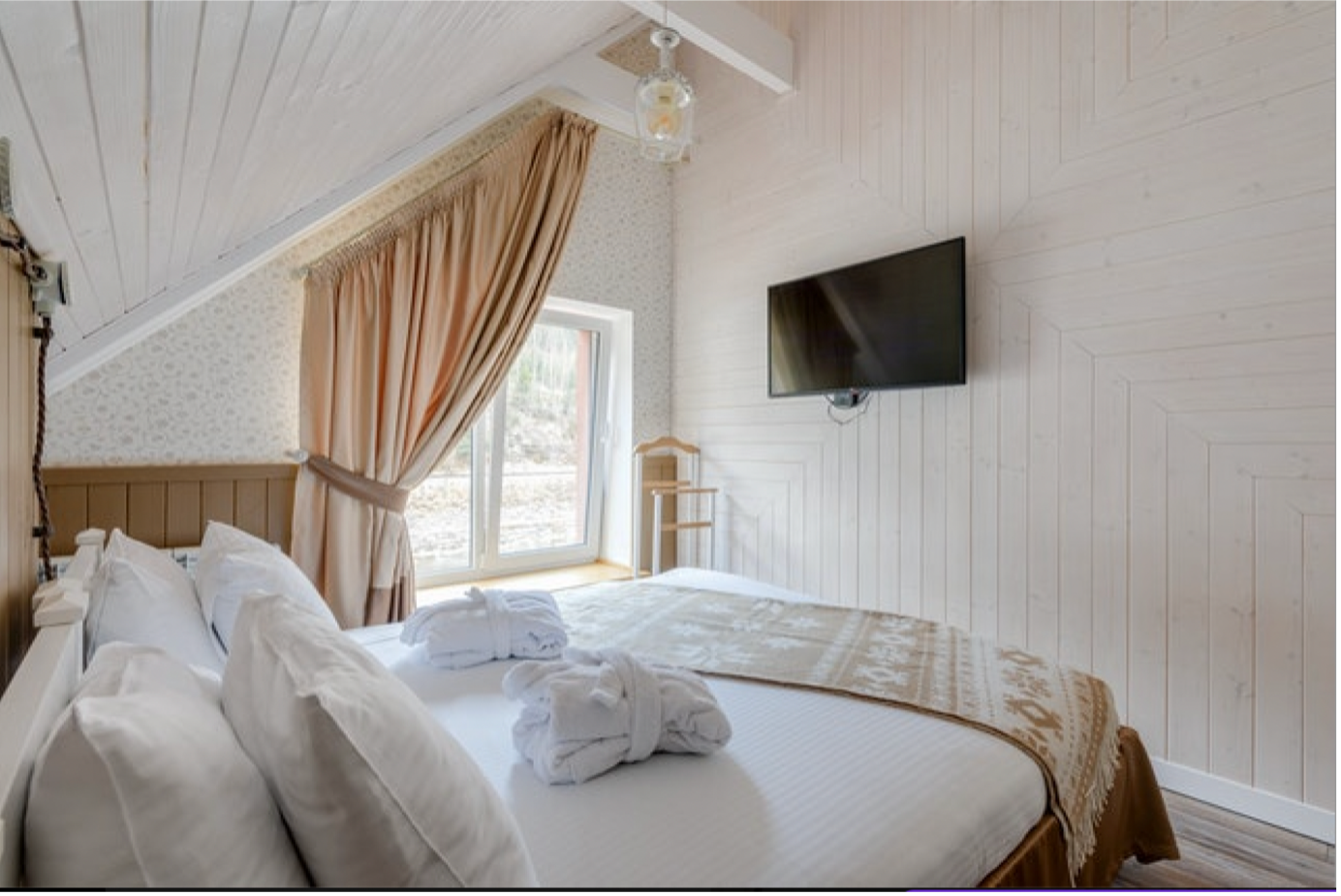 Naples is fun.  It is worth just walking along the canals, (not sidewalks), checking out the cool houses.  You will see find people sitting outside drinking wine and talking to their friends and neighbors.  It is particularly fun on Halloween when houses are set up for trick or treaters and during Christmas when homes are lavishly decorated for the holidays with lights and displays.

Most of the businesses in Naples is are located on 2nd Street.  There are great restaurants like Michaels and Kihon Sushi for example, fun bars like K.C. Branaghan’s, and Crow’s if you want an “almost classy” dive bar.  Check out the Naples Island Business Association to find out more.

If you are looking for an affluent neighborhood, more room between you and your neighbors, but still want to be close to the beach then Park Estates is for you. Here, you can find a wider, tree lined streets and big back yards. Park Estates is right off of Pacific Coast Highway near the VA Hospital and Long Beach State.  It is one of those neighborhoods that people may drive by for years and never know exists.

Lloyd Whaley first developed Park Estates in 1948 with most of the homes built in the 1950s.  The houses were all custom built, but under guidelines established by the Park Estates HOA . The result is a neighborhood with some fabulous homes by noted architects such as Kenneth Wing, Paul Tay, John Lautner, Paul Revere Williams and Richard Neutra.  It is many people’s dream neighborhood. 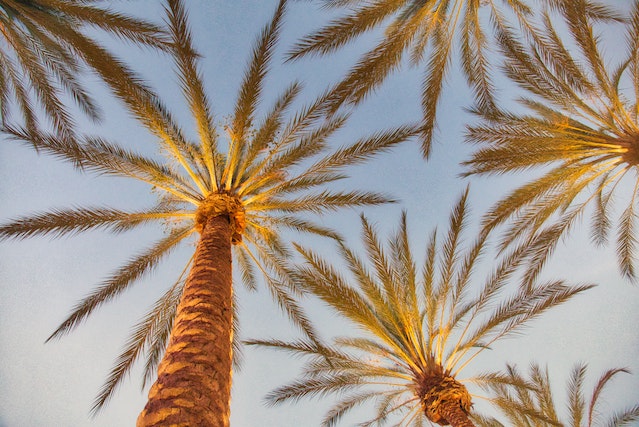 Most people this think of Alamitos Heights as the area around Recreation Park Golf Course and Colorado Lagoon. Homes in this neighborhood generally have substantial lots.

There are both one and two story homes that are well built and typical for the era.  Named after nearby Eldorado Park, many residents choose to live here so their children can attend Newcomb Academy, a popular K thru 8th grade school.

There are several great neighborhoods on the eastern portion of Long Beach.  (Not the same as Eastside) These areas include Los Altos including X-100s, Lakewood Plaza including Cliff May Ranchos, Carson Park, Artcraft Manor, South of Conant and Stratford Square.  These are all terrific neighborhoods offering their own kind of different charm yet still have a lot in common.

They are quintessential examples of post-World War 2 tract homes developed in the 1940s and 50s.  Almost all single story homes on 5,000 to 6,000 square foot lots and on raised foundations.  Many have one-car garages but most have two-car garages located on different parts of the property. 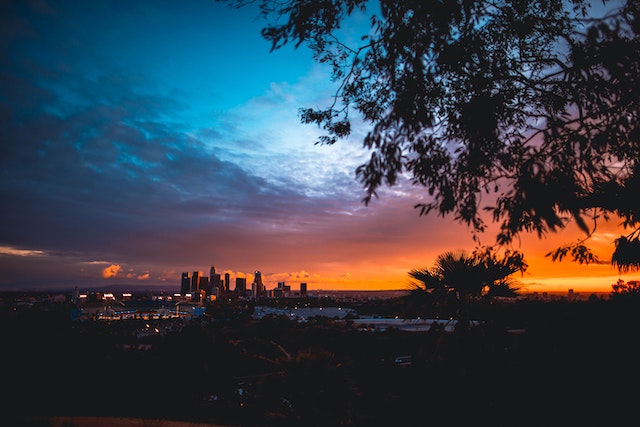 Even though they represent some of the first tact homes, they are much different from today’s typical tract home you may find in Orange or even Riverside Counties.  This “what is old is now new” sort of vibe, plus the help of some modern upgrades makes these homes particularly attractive to millennials; especially those coming from the Los Angeles area where homes with private nice sized yards are much more expensive.

Located north of the 405 and east of the 710 Freeways, the “Bixby Area” includes Bixby Knolls, Los Cerritos – Virginia Country Club, and California Heights.  This is one of the most affluent areas and best-kept secrets in all Long Beach.

Each of these specific neighborhoods have a feel all to their own.  Most of the homes in the “Bixby Area” were built in the 1920s to 1940s so you get a completely different feel than most of the city.  It is kind of like a blend of Pasadena and Belmont Heights.

Although similar in many ways, each of these neighborhoods are also distinctly different.  California Heights is a great value with some terrific California Bungalows and darling 1920s era Spanish Style homes.  You know you are in “Cal Heights” when you see cement streets and Gaslamp style streetlights.  Californian Heights is an officially designated Historic District with architectural guidelines and restrictions.

Bixby Knolls has some wonderful homes often on larger lots.  Some of the streets are wide and lined with mature trees, giving the neighborhood a mature and upscale feel.  There has been a terrific revival of the commercial district in Bixby Knolls of late, which has really helped revitalize the entire area. 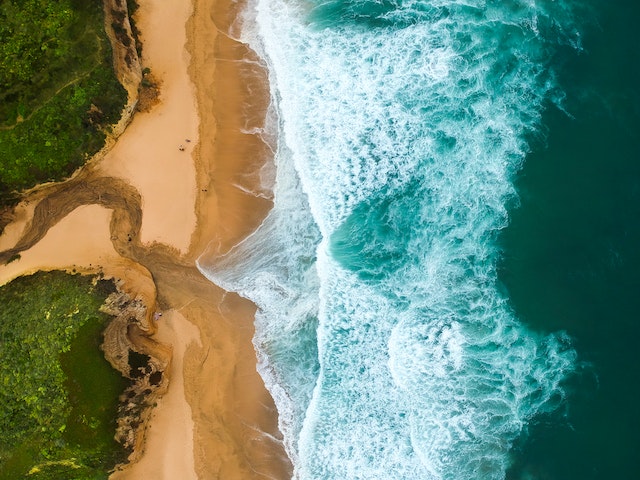 In fact, Hollywood often uses the houses in this neighborhood to depict homes outside of California.  You will find Virginia County Club homes costarring in several films including Ferris Bueller’s Day Off, American Pie and Donnie Darko.

Of course, the most important part of any neighborhood is the people.  Long Beach has some great people and is poised to have a terrific future.

Investors have been taking advantage of the housing options in “The City of Good Living”. Thanks to its beach life, beautiful weather all year round, and strong job market, this is not a surprise. If you are looking to get a share of this, we recommend consulting with someone who knows the ins and outs of this complex and diverse city.

Identifying a potential neighborhood is just the first step to owning or leasing space in Long Beach. You will need the help of an experienced and reliable service provider. Get in touch with the experts at Mike Dunfee Group and we will be happy to help.

We’re ready and willing to offer sound and professional advice. Contact us today and receive a quote for our affordable property solutions.