Update on the Breakers Hotel Renovation 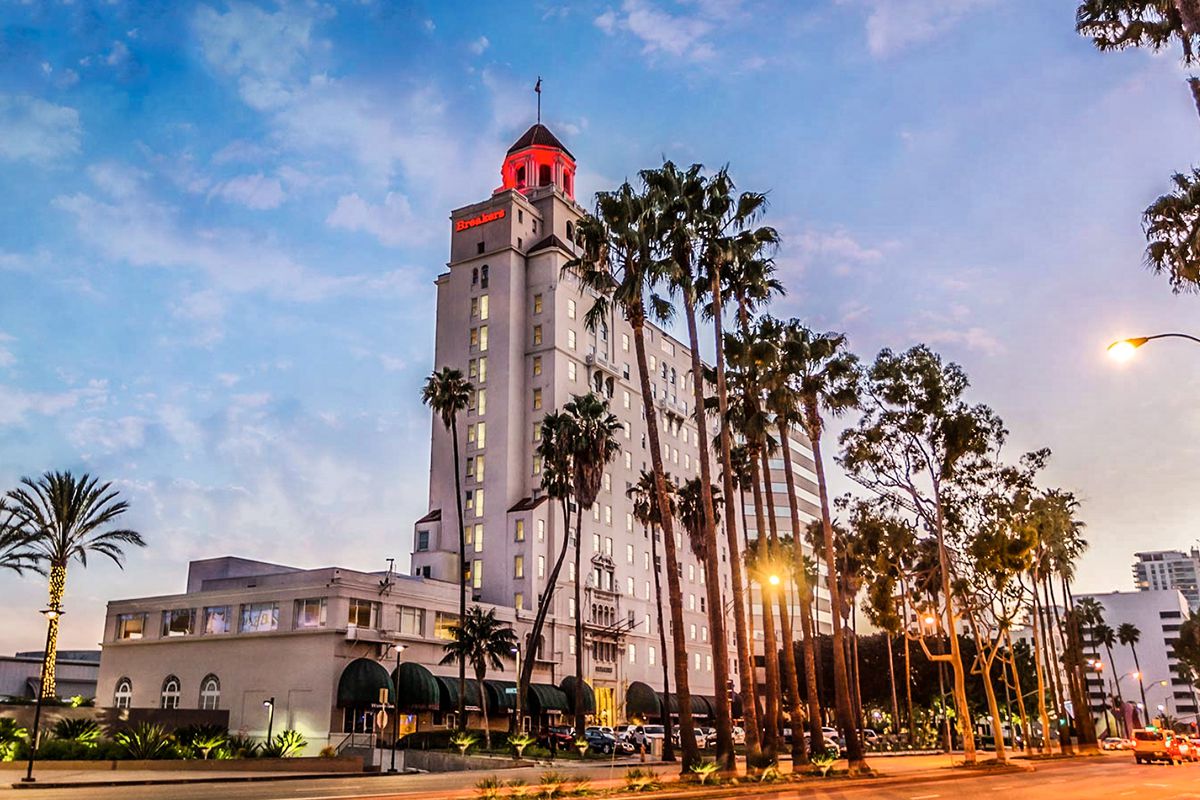 Back in November I first wrote about my excitement over the development happening with the new Breakers Hotel, and now due to some recent events and updates, I felt compelled to revisit this important topic.

The Breakers means so much to downtown Long Beach it’s a prominent focal point along the Ocean Corridor and seeing the care and devotion being put in by the developers, people who actually care about the Long Beach community and seeing our city thrive is hugely gratifying.

Any projects that positively benefit this community is something I want to support and get excited about, but this particular project holds an exceptional place in my heart. In the 1940s when my grandmother, Grace Thornton, first moved to Long Beach from Arkansas, The Breakers was the first place she worked.

Grace held several positions at the breakers ranging from down in the phone room, to all the way up at the rooftop restaurant. She even had the pleasure of working there while Elizabeth Taylor was a guest. My grandmother had said that when she was younger, Elizabeth was “kind of mean,” and some of the staff didn’t always care for her. However, she eventually became a fan of Elizabeth and felt that over the years she “learned grace and compassion.” Hopefully, that holds true for all of us. The Skyroom, the latest rooftop restaurant at the Breakers, was the last place my grandmother went out to eat before she passed in 2013.

Why You Should Care

Two recent events have this project picking up steam, the first of which was that the city council unanimously affirmed the approval of renovations after being brought back due to some appeals from local residents. The support was never really cause for concern in my opinion, as I doubt they would have taken the project this far with the approval still in question. None the less, it is good to see the approval was affirmed.

The second recent event was a presentation given to the Ocean Residents Community Association (ORCA) where I sit on the board of directors. This presentation was given by Todd Lemmis, and another partner of Pacific6, which far exceeded my already high expectations. They are honestly pulling out all the stops, and doing this right. It will be a costly venture for them, but they absolutely have my full support.

In addition to going over some of the concepts mentioned previously, they went into detail about paying tribute to the Breakers’ rich entertainment and Hollywood past even sharing new renderings that haven’t yet been released. The Pacific6 team is sparing no expense, and bringing in the very best to handle the renovation. It’s evident to me, that if these guys didn’t care so much about this community and what this project means, they would not be going to such great lengths to make it special. Our group was very excited about the presentation, and ORCA decided to write a letter of support for the project.

This project fills in what has been a dark spot on Ocean Blvd for decades and is being accomplished by local entrepreneurs who genuinely care about the long term benefit of the local community rather than a quick payday. The Breakers is a beautiful building with a rich history located in of the most prominent locations in Downtown Long Beach, and I’m sure I speak for most of us when I say we can’t wait for the project's completion in 2020.

I highly recommend you visit the new website, http://thenewbreakers.com/. I think you will all agree, this is going to be terrific for Ocean Blvd and the entire city of Long Beach.